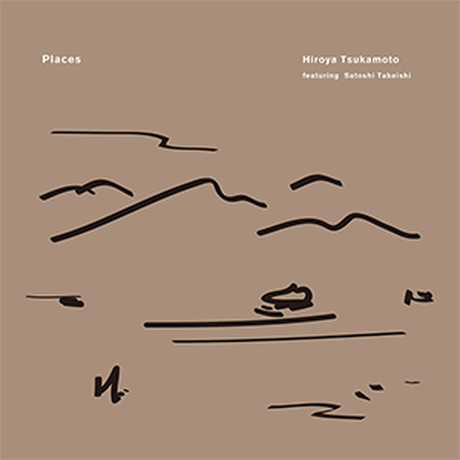 All the songs composed by Hiroya Tsukamoto

“Places” is a considerable departure for this talented transplant from Japan to New York, whose first solo CD, Solo, was a more cerebral offering. On these nine pieces Tsukamoto extends his abstract imagistic compositions to the land of folk, jazz, and world music. Teaming up with inspired percussionist, Satoshi Takeishi, Tsukamoto goes beyond the atmospheric in creating a landscape of riveting patterns and eclectic sounds that defy clear categorization. The CD begins strongly with the driving tremolo and chiming percussion on “Black Canyon,” then shifts to a brooding, almost sinister, melody. The mood shifts abruptly with “Vuelta,” an uptempo, somewhat conventional fingerstyle piece that again shifts musical direction, with the introduction of deep slow chords, before returning to its jaunty opening. “Another Great Day To Be Alive” could be from the American songbook, while “Confluencia,” “Aiyanna,” and “By the Sea,” are variously quiet and contemplative, moody, and evocative. Other pieces reveal more jazz or Latin influences, such as “Cielo y Mar,” which employs wordless vocalizing. Tsukamoto’s playing shows a strong preference for elaborating on the possibilities of the individual note rather than on flashy technique; the gorgeous “Takibi” especially demonstrates his thick, luscious tone. One of the strongest pieces is “Mountain Song” with its propulsive rhythm and repetitive four-note refrain, which especially displays the almost telepathic communication between guitarist and percussionist. Taking the listener to uncommon sonic landscapes, Tsukamoto’s “Places” is an unconventional album from a truly unusual talent.
(C) Ce´line Keating (minor 7th / Acoustic Guitar Magazine)